Somehow, some way, President Obama got a huge win today when the Supremes upheld his health care act and the individual mandate, which survived as a "tax," per Chief Justice John Roberts. This language, of course, gave the republicans all the ammunition they needed to launch their renewed war against the law.

Mere hours after the announcement, I heard a republican on Thom Hartmann's radio show (thank you, satellite radio!) state that they've already set a date -- July 11, he swore -- to repeal the law, "because that's what the American people want."

Funny, the American people I know actually LIKE this health care law. My parents are thrilled that they're not having to pay through the nose for their prescriptions anymore. A friend told me she'd heard about all the new provisions for women's healthcare that will go into effect -- pregnancy will no longer be a pre-existing condition that insurance companies don't have to cover, and insurance companies will no longer be allowed to charge women and men different rates for the same coverage (hint: some of us -- the ones with vaginas -- were paying more for the exact same shit), among other changes. Another friend, who's never actually held a job that provided health benefits, was practically jumping for joy, thinking that maybe now she can finally afford to get regular health care.

Yeah, Americans really hate it when we can go to the doctor when we're sick and not have to put up our left arms for collateral.

Assuming the health care survives this threatened repeal vote, we'll also have to hope President Obama is reelected, as RobotMittens has threatened to repeal the law on his first day in office should he become president.

Glad to know he's got his priorities straight -- that old job-creator. He's just so focused.
Posted by dguzman at 10:04 PM 2 comments:

It's getting close -- we'll be voting in the presidential election in less than six months! It's almost time for Mittens to make the biggest choice of his life: his veep! The guy who will run alongside him, serve as his attack dog, stand there and look interested during speeches, and pretty much do the dirty work.

Let's scope out the contenders for our little Mittens:

1. The hispanic angle: ¡Si Si Señor! Pick Marco "but my feelings aren't hurt!"Rubio and dozens of clueless hispanic republicans (you'd have to be clueless to be hispanic and vote republican) will vote for you, Mitéo! Sure, tiene sólo diez años, but you could use a little youth on the ticket! And he's definitely a little youth! (Badabing! I'm here all week!) 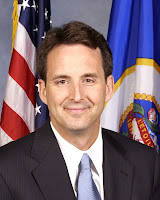 2. Plenty of Pawlenty! Yes, Tim Pawlenty is actually still alive and some people think he could bring Mitt a vote or three. Admittedly, he's about as exciting as, well, cottage cheese, but when you're a robot, do you really want a flashy (read: human) running mate? Or do you just want someone who looks okay in a suit? Actually, now that I look at his official photo, I'm not that sure he isn't a robot too. It does compute!

3. Rob Portman -- um, isn't he the hitman Whitney Houston's sister hires in The Bodyguard? Do you really want a felon as your running mate? If so, hell -- you might as well get the undead Dick Cheney and go all in, Mittens. 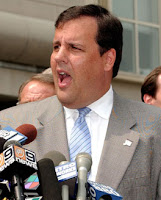 4. Chris Christie: Full-on Buffet to the White House! This guy is the certainly the biggest candidate, but would he even help Mittens win New Jersey? He didn't even have the energy to run for president, despite the republican money machine begging him to.

Pluses and minuses on all these guys. What to do, what to do?

I know: Let's look at some female potentials; after all, that really worked for Gramps McCain last time! 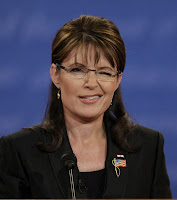 1. Going Rogue! Last time I checked, Sarah Palin hadn't been on TV for a whole five minutes; she's obviously got nothing else going on. Besides, it's not like she'd say no; once a media whore, always a media whore. (I think Voltaire said that, no?) 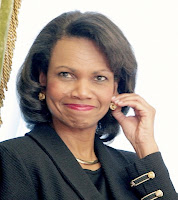 2. No one could have predicted! A piano-playing, educated, experienced African-American woman on the ticket! Get outta here! No effing way!

No, seriously. No effing way. This would never happen.

Sad thing is, much as I can't stand Condi, she'd probably win him more votes than any of these other clowns. She actually has experience, credentials,a gravitas these other wannabes don't even know how to pretend to have.

Which is one of the many reasons Mitt would never even think of her.
Posted by dguzman at 9:16 PM 2 comments: