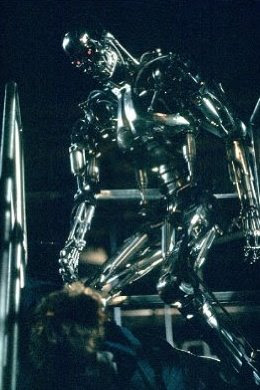 Check out the latest California news at my other other blog.

**- I know the title makes no sense. It just sounded funny.

What scares me today

1. Google Voice. I heard about this yesterday, where you can get one phone number (assigned to you by Google) and route all your other phone numbers (cell, home, work, etc.) to that one Google number. Does anyone else think such a plan will make it just that much easier for the government (or anyone, for that matter) to monitor ALL our communications?

2. That the Right-Wing Media actually thinks Michael Steele can substantively and effectively "rip" anything, other than maybe a big fart. For the more realistic version of events, see Princess Sparkle Pony's report on the situation.
Posted by dguzman at 6:27 AM 5 comments: 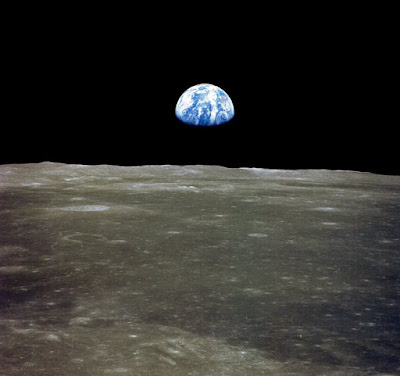 "Earthrise," taken July 20, 1969, from the Apollo 11 Command Module
Forty years ago today, Apollo 11 left Earth and began its journey to the moon. As a kid, I remember lying on the tile floor of our living room, sick as a dog from Montezuma's revenge after our yearly summer trip to my mother's mother's home in San Luis Potosi, Mexico. The floor was cool, and my mom had placed a box fan on the floor to blow air on me. I had a fever and was throwing up everything I ate, but there was no way I was gonna miss that moon shot.

The biggest thing I took away from the Apollo moon landings, especially that first one, was the idea that we could do incredible things if we put our minds to it. The dreams of my generation involved the dreams of the entire planet, rapt with attention, watching that rocket take off and then, awestruck, watching Neil and Buzz walk on the moon. The entire planet! How many times has the entire planet watched the same thing and been so affected, so united? Sure, the Olympics often captivate the world--but those athletes, while they're doing things no regular person could do, aren't braving space and landing on the moon. And countries remain insular during the Olympics, with each nation's people rooting only for their own men and women.

Apollo and the moon landing united all people as one nation--we were all earthlings, not Americans or Russians or Germans or Australians.

Noble people and noble causes, inspiring us all. Do we have anything like that now? When the world comes together, what do they watch? What brings them together? American Idol? Some YouTube video? A sporting event? Perhaps the closest thing is the first few days after 9/11, but we had to experience such tragedy to know that kind of global closeness.

I feel sorry for those who didn't get to experience the moon landing, as well as the other moon missions, first-hand. I think kids today are incapable of imagining a world united for one purpose. They're incapable of imagining that we, puny humans that we are, can accomplish something so huge and so important and so difficult. Kids today are used to daily but somewhat meaningless and empty accomplishments -- cellphones that can take pictures and videos, or iPhones that can wipe your ass for you, or computers so fast you don't even have to wait more than a second for anything to open. Technological progress has become commonplace to them; they're impressed by the latest video game only for as long as it takes them to find another gadget to be impressed by.

The moon landings, on the other hand, impressed a generation of us in a way that is truly lasting. I will always feel that surge of joy and pride and accomplishment, as well as the resulting desire to know more: more about us, more about our universe, more about what we can do. When I see anything related to space, that feeling comes back to me just as strongly as it did back then, as I lay there on the floor, feeling sweaty and feverish but more excited and awe-struck than I had ever been or would ever be in my life. My life, all our lives, were changed forever.
Posted by dguzman at 7:47 AM 7 comments:

I can't even listen to NPR anymore

In yet another instance of stupidity and bias, NPR pissed me off again (daily occurrence!) this morning.

At 8:30am (Eastern), some guy (can't remember the reporter's name) reported on the Sotomayor hearing yesterday, and he comes right out swinging the idiot-bat:

He could've said, "she's remained composed in the face of fucking ridiculous questions about nun-chucks and the like." But no -- he says she's remained unflappable, as if that's some kind of surprise. I guess we should all be surprised when a 'Rican doesn't pull a knife or start shouting obscenities in Spanish. You know how hot-blooded and volatile all we hispanics are.

Then he goes on to say, in his "she's doing well so far!" piece, that she "sounded like a Bush nominee" when she said that judges should be "strict interpreters of the Constitution."

Since when does a judge who declares this to be his/her philosophy automatically sound like a Bush nominee instead of just a judge who's doing his/her job? I guess since the Rovian machine started using that bullshit phrase along with the equally bullshit "activist judges."

Isn't every judge an interpreter of the Constitution, "strict" or otherwise? I mean, either you use the Constitution as your basis or you don't. And if you don't, you don't gain the kind of sterling record that Sotomayor has. And we all know that unless you're a "strict interpreter," you're pretty much an activist judge, and you're going to force women to have abortions while burning a flag and writing a check out to Osama bin Laden (remember him?). Oh, and you hate freedom and America.

I had to change the station at that point.

You know, in a small town like State College, there isn't really much variety on the radio. We have classic rock, oldies, that hip-hop/dance/top-40 crap, and that's about it. I try to remember the old days when NPR was actually a good news source, and I tune to 91.5 FM, and every freakin' day they disappoint.

I'll conclude by encouraging you to check out NPR Check (see my sidebar for the link). There's always an open thread, so you too can talk about the latest stupidity you've heard on NPR. I mentioned the topic of this post in a comment on the latest thread, but I was so angry that I had to post about it.
Posted by dguzman at 6:52 AM 14 comments:

"If the president does it, it's not illegal"

This morning on NPR, I heard Steve Innskeep interviewing a man from Iran about the many people who've been taken prisoner by the Iranian government since the election. The interviewee named several people, most of them friends of his (I'm sorry, but I was driving and couldn't write the names down--and they won't post today's stories online until later today--I'll link then).

The notable part of the interview, at least to me, occurred when the interviewee revealed that at least one of these prisoners is now reportedly being tortured. He said that "last time," two years ago, the Republican Guard would arrest people but they would just hold them. This time, "it's different," he said--he's heard that at least one prisoner he knows is being beaten and tortured.

"Last time," the interviewee didn't reply, "the Iranian government and the Republican Guard didn't have as justification the fact that the US tortures all the time. Now they know the US tortures, so why can't the Iranians?"

Innskeep then didn't say, "Oh, of course--if the most powerful and supposedly upright and law-abiding nation in the world can torture prisoners on a regular basis, then other nations whose governments might've been afraid to anger the UN and defy international laws before can now torture just like the US, with impunity."

"Exactly," the interviewee didn't conclude.
Posted by dguzman at 7:14 AM 6 comments:

Let the boycott of the right-wing media begin!


All these products/companies are ad sponsors of Faux Nooz. Please join me in boycotting them. This list will remain up top as a reminder. And every chance you get to mention the media, call them the "right-wing media." The "liberal media" is simply a lie.
Posted by dguzman at 7:56 AM 10 comments:

This morning, there are two items of note I'd like us to examine.

The first: The number of American children in poverty is going up. Again.

Yup, this certainly is the land of plenty, the richest country in the world. It disgusts me that while this goes on, banks and Wall Street billionaires are still crying and bitching for more government bailout money. Our government's priorities have gone completely to hell, all with the help of both repuglicans and democrats. We have a shitty education system, hungry children, and people out of work. Colleges turning away students. But AIG's lining up some more bonuses for their thieving execs.

This goatfuck of a situation leads me to provide the following for contrast:

Dick Cheney's net worth "estimated to be between $30 million and $100 million, is largely derived from his post as CEO of Halliburton from 1995 till 2000." Amazing how someone can work for a company for only five years, yet make between 30 and 100 MILLION dollars doing it. All this for a man who, it's finally being revealed, withheld information from Congress regarding the CIA's torture tactics and other "counterterrorism" efforts.

Maybe NOW there will be some accounting for the war crimes of the Bush Administration. Maybe NOW, after they've seemingly gotten away with it all, Chimpy and Darth Cheney will finally stop their smirking and their hiding.

"Summertime, and the livin' is easy.
Fish are jumpin', and the cotton is high."
--George Gershwin
It's too damned easy to make fun of the repugs these days. It's like the shit writes itself. The Sanfords, the Palins, and the other various assorted freaks and bigmouths on the right just seem to spend their time handing out the loaded guns, putting on their blindfolds, and shouting, "Fire!" all the time. It's hilarious.

I guess that's why I haven't posted much. I am still reading a lot of your blogs, though, and you're all doing some great work.

Meanwhile, I'm steadily paring down my possessions and packing the necessities for the big move. Time is moving faster now, thank goodness, and I just can't wait to leave this burg. I'll miss my girlfriend more than I can say, but I'll be happy to see this place in my rearview mirror.

Enjoy your summer--weather here is fantastic, for a change. Sunshine and cool breezes, as opposed to the usual rain.
Posted by dguzman at 8:12 AM 10 comments:

Even as we're pulling out of one debacle, we're ratcheting up in another.

This latest Afghanistan operation is getting as much press as Michael Jackson's death. It makes me think that if the Normandy invasion were happening tomorrow, our guys would get blown out of the water before they even landed because the Nazis would've heard all about the coming invasion on NPR.
Posted by dguzman at 6:58 AM 7 comments:

For all you Canucks out there, here are few things you can use for your Canada Day celebrations:

mail a letter with this stamp: 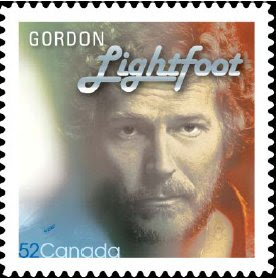 watch out for this guy: 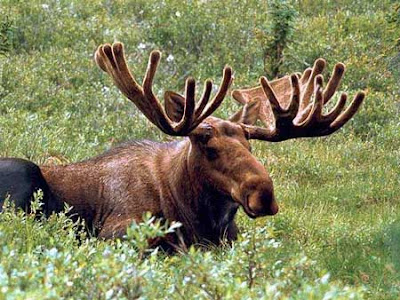 have a few of these:

do whatever it is you do with those maple leaves: 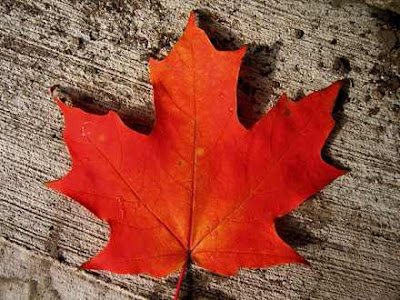 drive a red Barchetta in the limelight with Tom Sawyer and this guy: 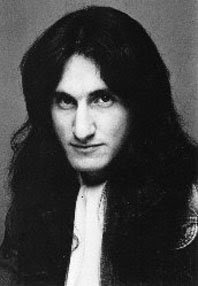 don't get lost in Quebec:

fly with these guys: 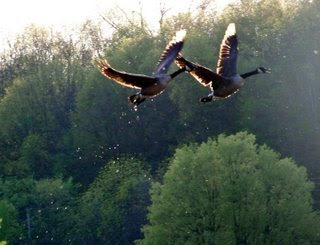 and take off, hoser! 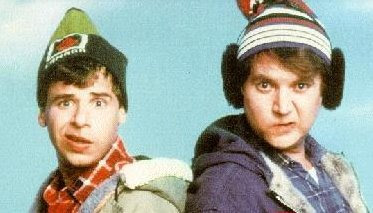