Far be it from me to state that President Obama's done nothing while in office. He's (probably) created some jobs with the economic stimulus package, he's passed some albeit tepid healthcare policy, he's overseeing some improvement in the economy, and--who knows?--he might just get "Don't Ask/Don't Tell" off the books.

Still, it seems like it's always one step forward and two steps back, especially given the complete stonewalling of republicans whenever anything just might possibly get done in this country and the media's worship of said stonewalling. Assholes like McChinless and the Bronze Boner don't actually have to DO anything, help anyone, show even an ounce of caring for us little people. They just have to say NO and the Faux Nooz morons drool over their "principles" and admire them for things like cutting off jobless benefits and giving us poor slobs a tax break.

It's easy for Pelosi and her chums to claim Obama's a turncoat; they still have their jobs with no sign of losing them, especially Pelosi. Obama's essentially caught between a rock and an asshole, the Scylla and Charybdis of choosing us little people over himself and his reputation. He's catching hell for choosing to help us little people, of course. But what the hell else was there to be done? You can bet that if he'd "stood firm" or "stuck to his principles" or whatever other cliche the media's using today, come April 15 we all would've been crying about how he didn't help us out. Even sooner, when unemployment benefits ran out and people were basically hitting the streets, progressives would've been tearing their hairshirts and claiming Obama done 'em so wrong.

Obama manages to save the tax cuts and jobless benefits for the rest of us, and the media basically portrays him as bending over with Boner's boner in his ass.

(Sorry for that image; maybe I've been reading too much of The Rude Pundit.)

It's a serious case of "you can't win for losing." Obama defends his move, stating that he had to give in or millions of Americans would pay thousands more in taxes next year and/or would be cut-off from their unemployment checks (more on that in a second). The media paints it like this:

Forced to choose between standing with the Democratic leadership and his own liberal base, or compromising with the ascendant Republicans in Congress, the U.S. President opted to turn his back on his own party.

Can't a brother get a break?

Hey, so long as the rich get to keep their billions, who's going to say they're wrong? Millions of stupid Americans voted MORE of these republican assholes into office last month, so the McChinlesses and Boners of the world pretty much know they're golden, untouchable. They do NOTHING to help our country, yet the media slobbers all over them, calls Obama a pussy, and the rich get richer. Landslide win for the republicans. Fuck the rest of us.

P.S.: I wrote this Dec 7, but I wanted to give Elizabeth Edwards her day at the top of my blog.
Posted by dguzman at 12:00 PM 7 comments: 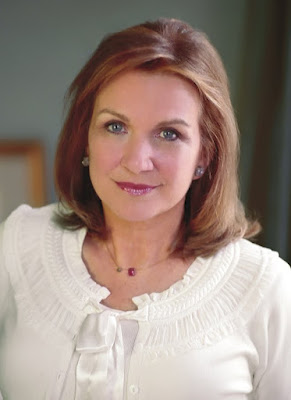 Another woman succumbs to breast cancer.
Posted by dguzman at 6:14 PM 3 comments: