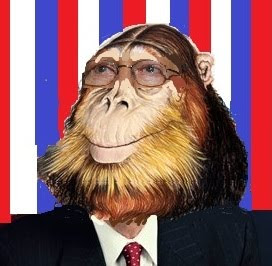 It seems a day doesn't go by that I don't hear about some democratic bill being blocked by the "minority party" republicans. It's incredible what a party with absolutely no ideas, no morals, and no scruples can do to the supposed majority in Congress.

The latest blockade prevented a bill to end tax breaks for U.S. companies who send jobs overseas. Bitch McConnell claimed that the bill was merely a last-ditch effort by dems only "pretending" to care about American workers, calling the bill "an insult to the millions of Americans who want us to focus on jobs."

So let me get this straight: we're losing jobs overseas, we've been losing them overseas for a while now. Companies get all kinds of tax breaks and deferrals when they send our jobs overseas. So a bill that would try to make companies either keep jobs here or have to pay more taxes is... a bad thing?

Instead we'll let the repugs "focus on jobs" by--wait for it!--making the Bush-era tax cuts, even those for the richest Americans, permanent! Because those tax cuts certainly have created lots and lots of American jobs, and that's why the economy is humming along swimmingly, dear! Status quo all the way, baby!

Besides, no one could ever accuse repuglicans of pretending to care about American workers.

The best part, I think, is his justification of his party's policy of obstructionism:

"The Senate is operating how it should," he said, explaining that President Obama's "far-left agenda" forced the Republican conference to try to block what McConnell described as terrible policy.

"There are differences of opinion in a big country," McConnell added, speaking to reporters at a breakfast hosted by the Christian Science Monitor.

This guy's a fucking comic genius. No wonder he's the speaker for the minority party. He had me positively roaring with laughter right from his opening line, "The Senate is operating," because, really, since when has the Senate done a goddamned thing, much less operate "how it should?" Whew! I'm slapping my knee right now, practically crying from laughing so hard.

But the real crowd-pleaser comes when he calls President Obama's a "far-left agenda." Boy, who knew that pretty much rubber-stamping the Bush era policies of government secrecy, keeping DADT, staying in Iraq and Afghanistan, and letting Wall Street go pretty much completely unpunished (if not rewarded) for bringing down the entire world's economy was "far-left?" Oh Bitch, you're cracking me up! I'm practically blowing milk out my nostrils! Tell me another one!

That Bitch McConnell. He really knows how to bring the house, not to mention the Senate, down.
Posted by dguzman at 5:57 PM 8 comments:

Do you think President Obama will win a second term?
Posted by dguzman at 6:44 PM 12 comments:

Apparently, we no longer have a two-party system

Has anyone else noticed how, in the span of less than two years, this collection of ultra-right-wing morons calling themselves the "Tea Party" has actually become a party, at least in the MSM? These idiots are getting more and more attention as a legitimate third party, completely separate from the republicans (because, according to a report on NPR today, republicans aren't conservative enough).

The Green Party, the Progressives, the Libertarian Party--those are always treated as just fringe movements, never legit third party options; they're just random people stealing votes away from Dems or Repugs. But just today, I heard yet another report on NPR's "All Things Considered" about how all these "Tea Party candidates" are winning elections. Just look at NPR's Election 2010 page; there are three stories about Tea Party bullshit in Delaware, and only one about Democrats. (Republicans don't even rate the front page, not that I mind.)

So after all years and all this talk about how we'll never get true reform until we get more than a two-party system, etc. etc. etc. -- THIS is the party the media chooses to pay attention to and hence give some semblance of legitimacy to?

I have to ask, WHY? Why THIS 'party' that isn't even a party so much as a collection of Glenn Beck/Sarah Palin-worshipping idiots with overtly racist and classist talking points?

I'm sure it couldn't be the gazillions of dollars thrown into these races by people who made their gazillions by voting republican but who are now turning their backs on the republican party because King Georgie apparently didn't do enough to push us toward a dictatorship.
Posted by dguzman at 7:17 PM 6 comments:

Why are Americans so stupid?
Posted by dguzman at 6:46 PM 6 comments: